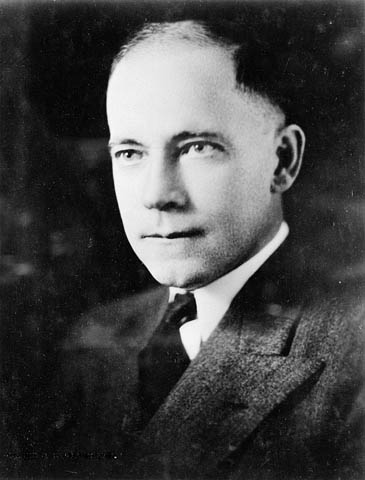 It had spent a few minutes circling above the village of Newtonville, probably looking for a place to land. Newtonville’s Lloyd Moore, Ray Lott and Charles Ross said an engine “exploded” and the plane flipped over in the air before suddenly crashing into the swamp northeast of Elliott’s Garage.

Quickly, men and boys from the village and nearby farms and homes ran over, but it was too late. The fuel from the plane had started a number of small fires and the smashed RCAF bomber was also on fire. Near the plane, they found a body pinned between two trees. It turned out to be Norman Rogers, Canada’s minister of defence at the time. They also found the bodies of Flying Officer John J. Cotter of Halifax, Nova Scotia, Aircraftman Oscar David Brownfield of Big River, Saskatchewan and Aircraftman James Edward Nesbitt of Saskatoon, Saskatchewan.

Prime Minister Mackenzie King soon made an emotional announcement in the House of Commons. Mr. King was a close friend of Mr. Rogers, who had been his secretary of Privy Council affairs in 1927 and in 1935 became the minister oflLabour. In 1940, Mr. Rogers was the minister of defence and that very same day, June 10, Canada had declared war on Italy.

For some reason, Mr. Rogers did not want to make the trip to Toronto to speak at the Empire and Canadian Clubs. However, Mr. King insisted that he should make the trip.

The RCAF investigation concluded “pilot error” and appears to have disregarded the fact that several local citizens saw the engine explode prior to the crash. A few months later another RCAF Lockheed Hudson crashed, this time in Newfoundland. The co-discoverer of insulin, Sir Frederick Banting, died as a result of injuries he received in the crash.

History was changed that day in Newtonville. Mr. King was grooming Mr. Rogers to be the next prime minister. Mr. King remained as prime minister until 1948 and was replaced by Louis St. Laurent.