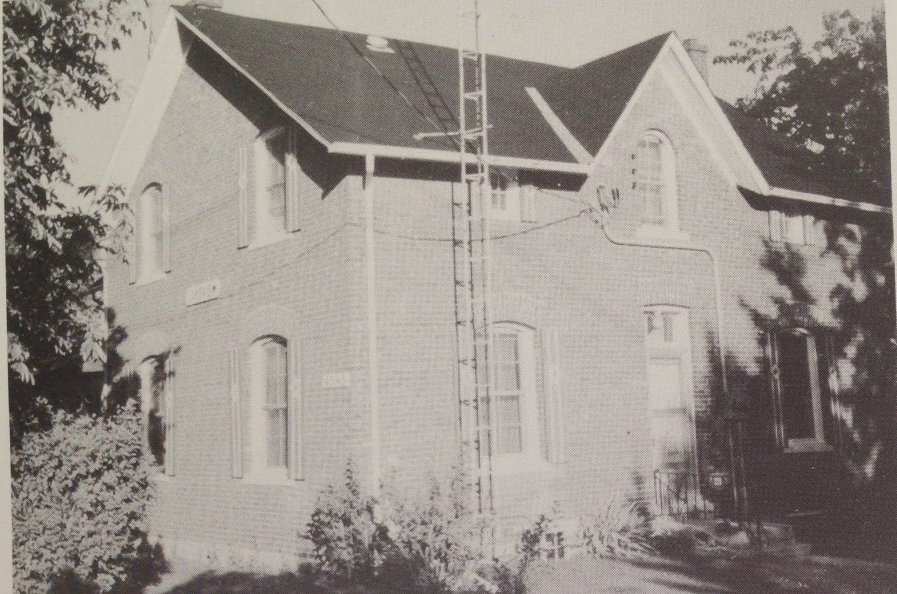 The east one half of Lot 8 Conc 1 was owned by members of the Andrew Lockhart family from 1849 to 1874. Zachariah Lockhart, a Newtonville carpenter, is said to have been the builder of this house which probably dates from the early 1870’s. The arrangement of the windows on the facade is different from most other 1 1/2 storey homes of this period. Instead of a lancet or pointed window, there is a round headed one in the centre gable and ‘belly windows’ were build in beneath the eaves to admit more light to the upper level. The original driving shed, which stands slightly to the south-west of the house, retains its cupola and some of the early glazing.