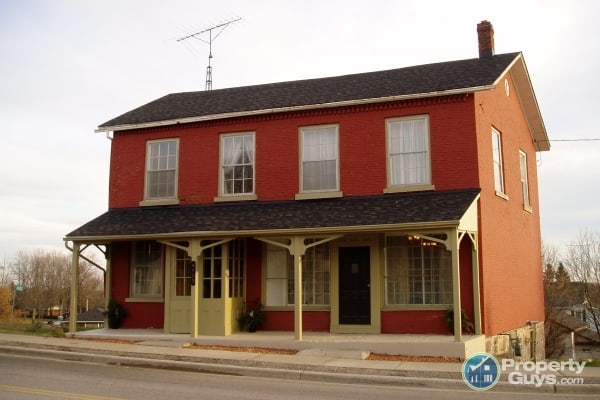 This large home has dominated the main intersection of Newtonville since its construction in 1858. Three generations of the Jones family lived and operated businesses out of this building. Samuel Jones Sr. built it as a hotel. His son Samuel Jr. ran a grocery store from here from 1887 to 1897. Samuel’s brother George W. Jones then operated it as the new “Temperance Hotel”. He was also the founder and manager of the Port Hope Telephone Company which operated from these premises. On his death in 1929 his son, C. Melville Jones, took over leadership of the Telephone Company. This independent telephone company was purchased by Bell in 1968.

George W. Jones also operated a photography business from this building from 1889 to 1899. At that time the roof boasted a large skylight to take advantage of natural sunlight for his photographic portraits.